Previously, the company has completed four rounds of financing. Then on January 25, 2018, the company added two investors, both are the branches of Anda Equity Investment. See the figure below for details:

According to the official website, the plant area of “Nanjing Bready” headquarters covers 18000 square meters. It also has other subsidiaries such in Zhuhai, Yantai and Taicang, and established R&D centers and offices in America, Mexico. Japan and Korea as well. The company is committed to the production of optical film for display, including reflective sheet, diffuser, prism sheet, conductive sheet, light guide film and so on.

“Nanjing Bready” introduces the cash optical film process which transformed from Japan, combined the advanced technology in the fields of optics and materialogy of Southeast University and University of Texas at Dallas, has developed the automatic line production technology of double-sided flexible ultra-thin light guide film. According to the reports, the production technology can improve the quality of the light guide film from size, appearance and optical properties. The thickness of the light guide film produced by the company itself is only 0.08mm.

According to reports, the light guide film is mainly used for liquid crystal display (LCD) devices, as a key component of the backlight module of the necessary components for light emission (thickness less than 0.4mm is the light guide film), used to guide the direction of light, to make the line source or the point source becomes a uniform surface source. Compared with similar products, the light guide film of “Nanjing Bready” has the advantages of larger illumination area, thinner overall shape, higher illumination brightness, lower cost, lower power consumption, more flexible surface and simpler manufacturing process.

At present, “Nanjing Bready” has become the supplier of companies such as LGD, Hisense, Xiaomi, Apple, BOE, Samsung, Microsoft and Sharp. In 2015, the company’s sales reached 140 million yuan. And in 2016, it was 164 million yuan.

For the team, Chairman LiuYong is the honorary professor of Huaihai Institute of Technology, a director of the Nanjing Young Entrepreneurs Association, and a national “Million Plan” innovation and entrepreneurial talent. He served as the chairman of Nanjing Beimei Biotechnology Co., Ltd., and has 21 patents of inventions and utility models.

Source from: The financing message is exclusive to pencilnews (ID:pencilnews). 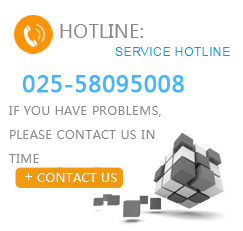